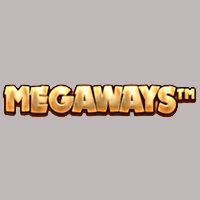 Slot machines manufactured by different providers were unique in design, however their basic rules were almost identical. It had been that way before the development of Megaways video slots was started, which led in its turn to a big effect in the world of gambling.

The first slot with the Megaways system was released by Big Time Gaming in 2016 (this refers to Bonanza slot machine). He became so popular among the players that the company started using this system in their further developments.

The main feature of Megaways video slots is the change in the size of the wheels with each spin. This means the absence of payment lines and fixed cells. There had been some slots provided both by Microgaming and some other providers available with 243 payment lines before Megaways video slots were released. The number of possible winning options increased thenceforth to 1024, 4096 and more. For example, the Laser Fruit slot, which was released in 2018 by Red Tiger offers 60,466,176 wins! But the most popular slots today are the ones, which have up to 117,649 potential winning combinations.

All Megaways slots work according to the same principle. The generator of random numbers determines how many characters should appear on each wheel, while spinning. Winning combinations are made up of the same symbols that appear on adjacent wheels. The more characters are available in the combination, the greater is the payout. At the same time, the maximum winning amount can reach x50000 of the bet or even more, and each and every slot offers a pretty decent percentage of return and high volatility.

Models with the Megaways system can offer various additional functions implemented by the developers (free spins, special characters, risk double games, multipliers, a cascading symbol drop system, bonus rounds and others). And some games allow you to hit the progressive or fixed jackpot.

Big Time Gaming was recognized as a pioneer in the production of Megaways slots, but other providers could use this technology heretofore, for instance:

I should say that the providers like Netent, Microgaming and Playtech develop slot machines with numerous payment lines too, still they can not be called true Megaways machines.